Even in such an adverse year, more than 2.5 thousand people made it possible to raise R$ 2.1 million to support teenagers' education

With the Tribute to the Future 2020 campaign, more than 2,500 foundations have left a legacy for the world. Reaching more than R$ 2.1 million in donations, the mobilization pointed out that even facing the adversities of a year marked by social distancing, solidarity has managed to unite members of Grupo Novonor and other people who believe in social transformation through education. The donations make the education of teenagers possible through projects carried out by Casas Familiares in Bahia's Baixo Sul region, partner schools of Fundação Odebrecht in carrying out the PDCIS Social Program.

"The opportunity to invest in young people, future entrepreneurs, is a way to act as an agent of transformation. It is a seed that you plant and harvest real fruit. You feel your social responsibility fully active", said Elizabete Silva, member of Horiens, a Grupo Novonor company, which has been contributing to the Tribute to the Future for years. Safe and sanctioned by the Municipal Council for the Rights of Children and Adolescents (CMDCA) of the municipalities where Fundação Odebrecht Foundation operates, the campaign benefits about 300 teenagers every year, indirectly impacting thousands of people.

Beatriz Lepikson, responsible for Social Partnerships and Tribute to the Future at Fundação Odebrecht, says that due to the Covid-19 pandemic, the campaign has resorted to videos, conferences, e-mails, and social networks to mobilize people inside and outside Grupo Novonor. "For us, that have always done a lot of mobilizations personally, 2020 was challenging. We need to reinvent ourselves and find ways, even during the isolation, to be close to people. Our Instagram Live videos, for example, are a way to try to get closer and show the meaning of being part of this initiative," she explains.

More than 30 videoconferences were held at Grupo Novonor on the topic Tribute to the Future, with over 1,200 people managing to talk or listen to testimonials from supported teenagers, such as Jhemily Assunção. Aged 15, she is one of the benefited students who sent a video message to the members. In front of her productive area, she tells how her life has been transformed since she joined the Igrapiuna Rural Family House (CFR-I). "It is through education that my dreams are becoming real, the example of being a rural businesswoman", she said.

Since 2004, Tribute to the Future has been fostering the culture of donation in Brazil and contributing to the construction of a fairer, more harmonious society with equal opportunities for all. To check out all the highlights of the 2020 campaign, featuring the mascots Luna and Dante, click here. 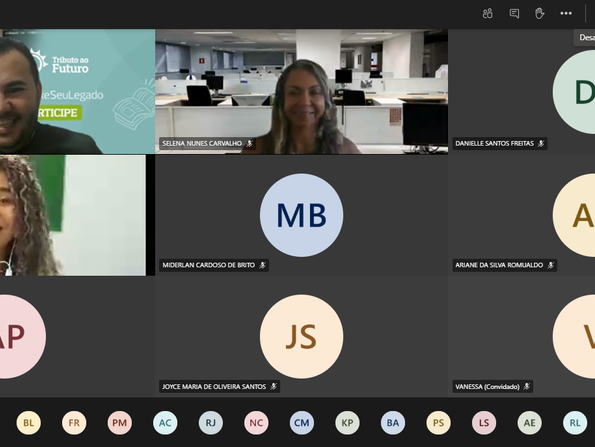 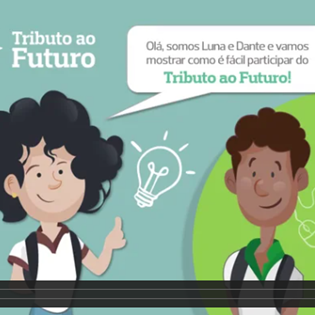 29/10/2020
How to donate to Tribute to the Future
Luna and Dante, campaign mascots, teach you how to donate 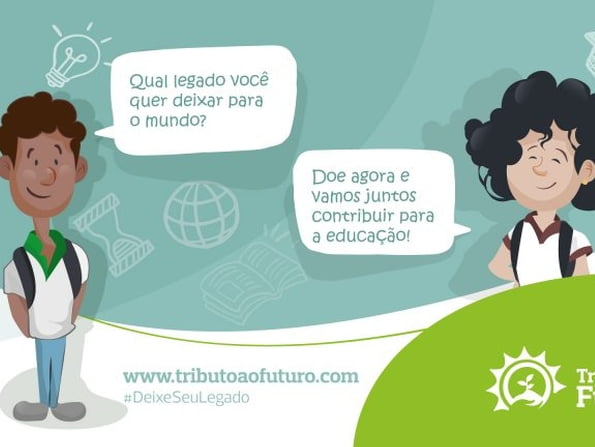 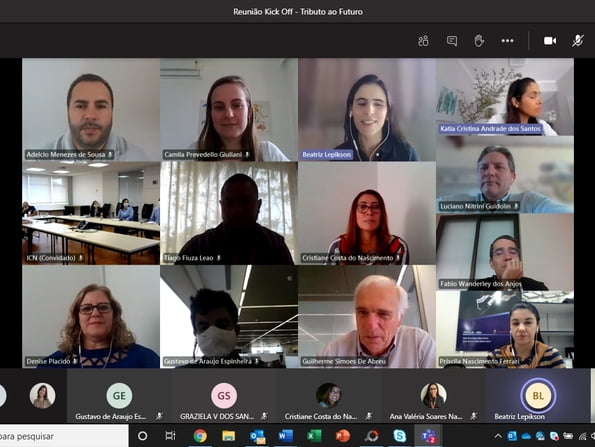 20/9/2020
Virtual meeting heats up the start of the Tribute to the Future Campaign
Agents of the Future, coordinators and members of the campaign committee spoke about their expectati...